We are proud to announce that seven of our beers have reached the finals of Blas na hEireann, The Irish Food Awards 2020.

Blas na hEireann is the biggest competition for quality Irish produce on the island of Ireland, celebrating and rewarding the very best tasting Irish food and drink products, and the passionate, driven producers who make them.

The overall winners will be announced in October but in the meantime, make sure you check out the Rye River brewed beers that are in the running for these illustrious awards! 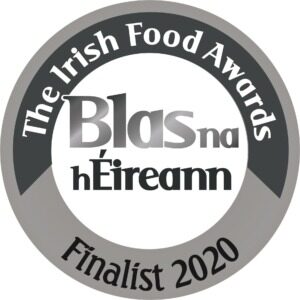 A crisp rounded body that delivers a light malt sweetness and finishes with orange zest bitterness.

The Grafters range is available exclusively in Dunnes Stores, Nationwide

A timeless Red Ale, complex and malty. Flavours to savour of toffee, dark fruit and fresh roast, all livened by a single hop aroma.

A modern take on a traditional beer. This Irish Stout brings forward notes of dark chocolate with hints of coffee and dark fruit. Take a journey into the dark side of malt.

The Solas range is available exclusively in Tesco, Nationwide

This Irish Craft Lager is clean and crisp with a prominent hop character that comes from the Tradition and Hersbrucker hop varieties. Its jewel toned colour is indicative of a rich and deep flavour. A true joy to taste.

This Irish Craft Stout is full bodied with coffee and chocolate aromas. The depth of flavour is attributed to speciality roast malts balanced by the right bittering hop. An assured favourite for any stout fan.

This American style brown ale is medium bodied with notes of dark fruits and coffee mixed with floral and spiced hops.  Tastes of chocolate and medium roast coffee lead to a light toffee, low bitterness and malty finish.

Update: an earlier version of this blog stated that we had 6 beers in the finals. It has been updated to reflect that Grafters Clocking Off Kolsch also made the final round.